How To Make Flying Serpents Using Our Flying Fish Fuse

Some Facts About A Smoke Bomb

A smoke bomb produces smoke when it is ignited and is used in a military unit and also in a paint ball game. One could use the term smoke bomb to denote a smoke ball, a smoke candle, or a smoke canister, all of which deliver a jet of smoke when they are lighted. The smoke could remain for 10 to 15 seconds or for several minutes at a stretch. These bombs could also emit colored smoke and one could choose from different colors while buying the same.

A smoke bomb could emit thick colored smoke in six different colors; there are many providers of these bombs which manufacture and deliver them in special packages for the benefit of the end-users and the customers. Many of the modern firework stores now have an online presence and the potential customers and clients do not have to go out physically in their bid to buy fireworks and cannon fuse.

These bombs are made of certain chemicals such as potassium chlorate and sodium bicarbonate. The reaction is moderated through the addition of baking soda and sugar. A smoke bomb would typically have small holes through which the smoke and heat comes out. The making of these fireworks require proper knowledge and expertise and it is best to not try making these at home. The chemicals - necessary to make these bombs - are not readily available to a layman. For colored smoke, one would need to add an organic dye. One can add colorants to make the bombs colorful. The smoke could be white, red, green, or any other color.

The readers should understand that most of the materials used in making of the smoke bomb is inflammable and a person can light the same directly. So, these bombs should be lighted in areas that are well ventilated. The surfaces on which these bombs are being lighted should also not be of a material that catches fire instantaneously. More sugar in the bomb generally makes them burn less vigorously. Many a times, the colored bombs are used during military exercises. The normal ones are used as covers during paint ball games or just for fun.

Many a times, the providers offer some amazing discounts on smoke bombs and smoke balls. The best quality products are available at reasonable costs - all these factors add up to make the process of buying fireworks that much more easy and hassle free. To know more about how to make fireworks and ways and means of procuring a smoke bomb, one can visit the web site. 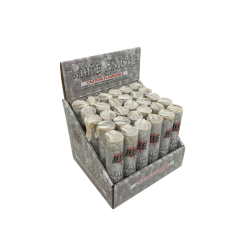 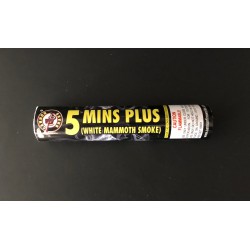 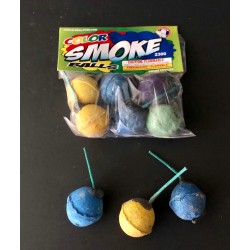 $0.00
Add to Cart
Add to Wish List
Compare this Product